I spent the summer developing a prototype for U.I. Minds Eye and now, I’m not sure what to do next.

Each day, Monday-Friday, I would go over to my folks house for 2 hours to sit in the guest room and draft mock up screens for the APP. 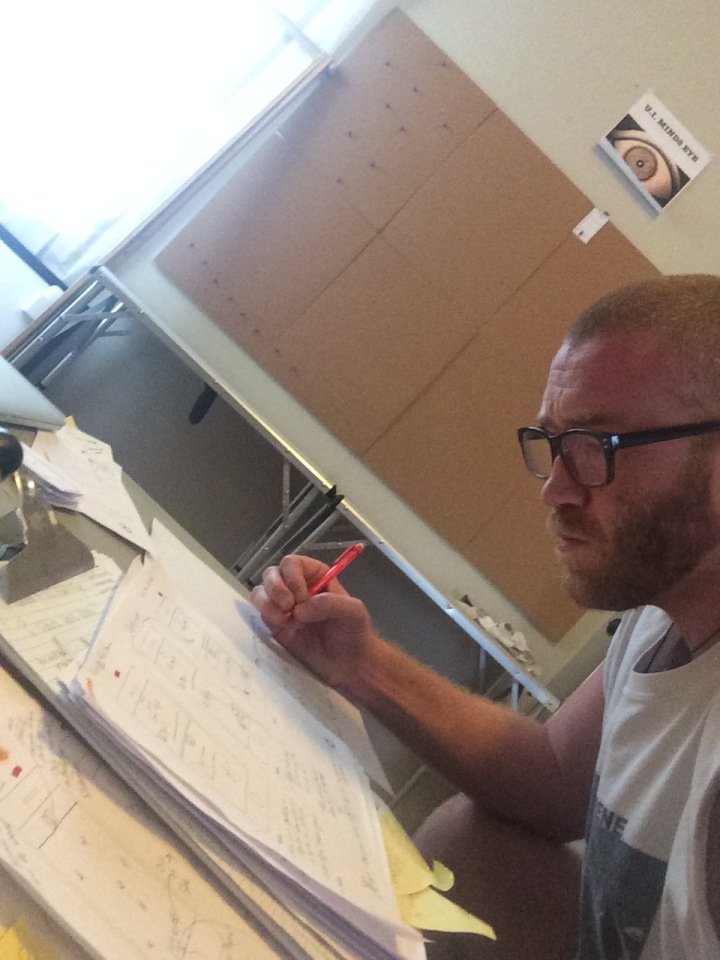 My mom helped a lot.

She sat with me and read through the pitch packet I had written for the idea. 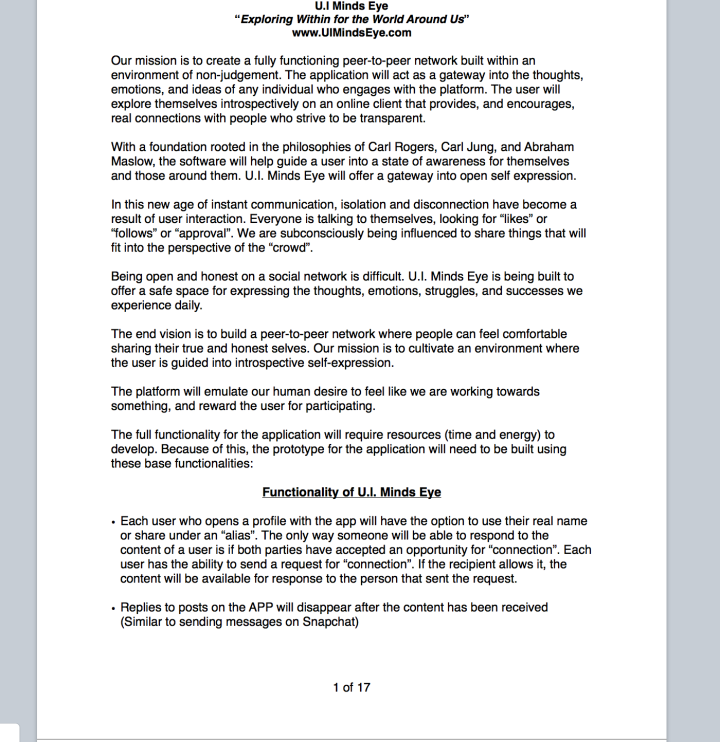 She gave me a solid critique and we began drafting the APP visually on paper.

We drew mock ups of what we wanted the thing to look like. 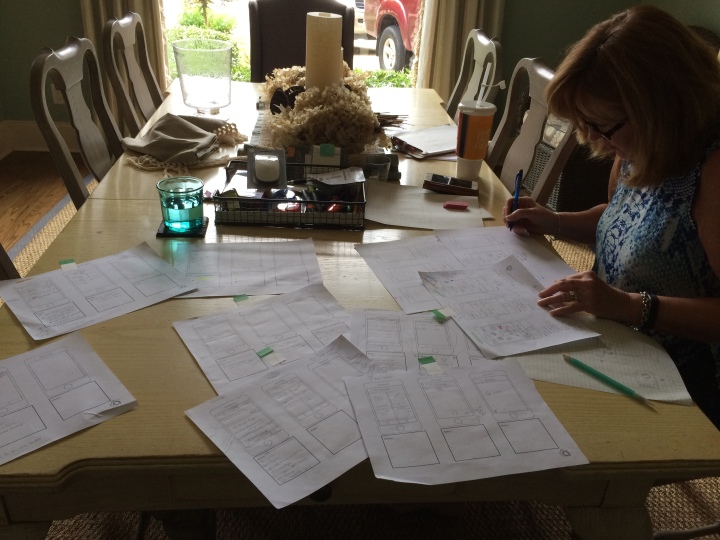 A month and a half into designing, I realized we had too many ideas. It was too convoluted. All of the functionalities I had envisioned for the final product were drafted out on wireframe slides and I had no idea how to make sense of everything.

It was way too much.

So, we decided to start over.

We re-designed the slides and drafted a prototype that would only allow for the essential functionalities of the APP.

We wanted to make it simple and fun.

So we focused on the fluidity of the user experience, leaving only the base functionalities to create a fun, engaging APP that would allow for introspective self-exploration.

We needed to make sure that the boundaries of the APP aligned with our philosophy.

A safe space to share authentic thoughts, ideas, and emotions with a network of peers. Since day one, I’ve known that there would be no “liking, “favoriting”, “viral content sharing”, or “pictures”.

In the beginning, the idea was for our users to record themselves on video, but a few weeks into the prototype’s production, we switched to audio.

It just made more sense.

It’s difficult to talk about real shit when your face is staring at you while you speak.

The goal has been, and remains, to make it as comfortable as possible to explore our thoughts.

With audio, we discovered that our thoughts could expand and take on a life of their own. Genuine self-expression was easier when we detached our mind from visual stimuli, focusing solely on the act of self-expression.

Playing back our recorded audio, and listening to others responses, gave us an opportunity to better understand our perspectives.

When we entered into a “flow state”, vocalizing expression via audio or written word, it was impossible to retain what we had shared about.

The recordings let us hear ourselves, providing a better understanding of how we were thinking or feeling.

We looked forward to the audio replies: we wanted to hear the feedback, encouragement, or understanding of the friends that had listened.

Now that the prototype is finished, I have been taking meetings around Atlanta with APP development companies.

I’m looking for a team that can help me realize the full scope of the project.

I’ve begun to realize my limitations, and because of this, I’ve discovered that I need help.

For the entire summer, it’s just been me and my mom.

Now, I need to seek out professionals that can help me make my vision a reality.

The companies that I have met with have quoted me at about 10,000 dollars to produce a fully functioning front-end prototype.

Because of this, I’ve shifted my work schedule to allow for a 40-hour work week, and, I have plans to start bartending on the weekends.

I’m not sure how I’m going to traverse this phase of development, but I’m definitely learning a shit load in the process.

I’m really just taking it one day at a time, trusting my gut, and my curiosity, to guide me.

To be honest, it feels similar to when I first stared working on the APP.

I had no idea what the thing would look like, or how it would work, and…

I was afraid to draw.

I was afraid that the idea I saw in my head was too grandiose, too difficult to realize.

I didn’t know how I was going to build it.

I just knew that I needed to try.

Now, I can finally see the thing that’s been rumbling around in my mind for over a year. 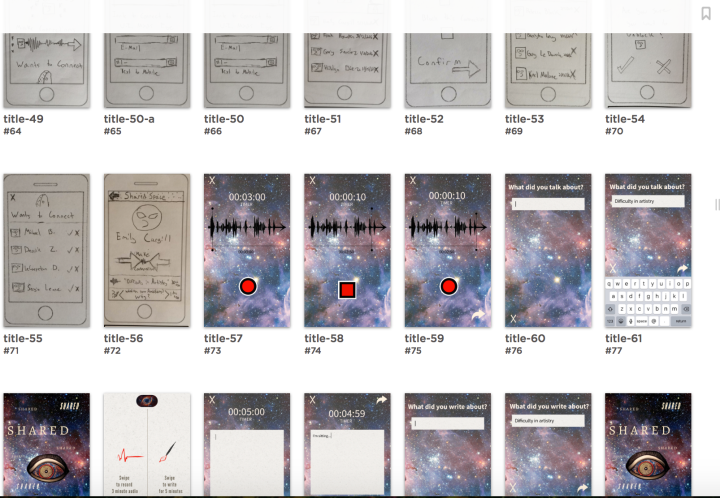 I want to make it better.

And because of that, I’ve begun to focus my energy towards different things:

Meeting with developers, reaching out to software engineers, working more hours to raise money, and presenting the prototype to different groups.

I’m hoping that, in the process, I’ll meet someone who wants to help me build the thing.

Now that I have an idea to present, I’m ready to start the next phase.

And, just like the first phase of this project, I’m leading with the one thing that always guides me towards an answer: